TRIBEWORK is about consuming the process of life, the journey, together. 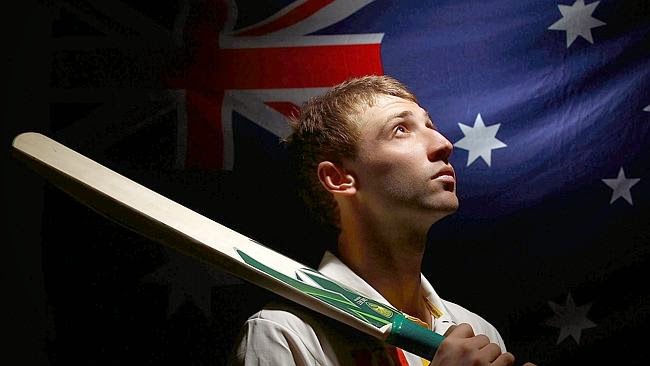 He was the little fighter,
Who savoured playing every Test,
Phillip Hughes, you bloody beauty![1]
In peace we hope you rest.
***
Even though Phillip Hughes wasn’t my favourite Test cricketer, I always admired his resolute ability to play the most courageous brand of cricket. And his batting was always attractive. I marvelled at his entry into Test ranks against a full-strength South Africa – Test scores of 0, 75, 115, 160... it was clear the likes of Dale Steyn (the most lethal bowler at the time) wanted to psych Hughesy out.
He did not succeed.
5. Being Dropped In 2009, 2011, 2013
One of the wonderful things about Hughes was his dedication to making runs. I always felt for him when he was dropped, often stated because of technical issues, like his being caught in the slips four times to New Zealand’s Chris Martin in 2011. But each time he was dropped, you knew he’d fight his way back. What character he had to do just that. When he died he was only days away from a Test recall.
4. Only Australian Player to Make a Century on ODI Debut
Hughes waited a long time to wear the coloured clothing of one-day cricket. His patience was rewarded when he scored 112 against Sri Lanka at the MCG in 2013. If there’s one thing you got the impression for when it came to Phillip Hughes, he was made to score tons.
3. Wins 2013 Australian Domestic Cricketer of the Year Award
Hughes had a sure-fire formula for getting another opportunity under the Baggy Green; his sheer weight of runs compels selectors to take another look at him, and then another look. And so on.
2. His Fighting Ashes 81 Not Out Against England in 2013
A match where Hughes’ first innings was overshadowed by Number 11, Ashton Agar, who made 98 on Test debut, characterised the way Hughes played the game. Australia would have been embarrassed had it not been for Hughes’ first innings score in this game. Similarly, his 88 against South Africa in November 2011 (only four weeks before he was again dropped) represented the fighter who saved Australia in that Test, giving the team the chance to win that vital Test, famous for Patrick Cummins’ man-of-the-match Test debut.
1. Hughes Test Debut Series Versus South Africa, 2009
With a series aggregate of 415 runs from his first three tests at an average of nearly 70 marks an auspicious start to a much vaunted Test career, for a 20 year old. I remember listening to this series on ABC radio 720. Hughes made for such entertaining listening.
© 2014 S. J. Wickham.
[1] To an Australian Test cricketer, to use the term “you bloody beauty” signifies a key line in the team song sung after every Test win. I use the term in reverence to the Test wins Phillip Hughes shared in during his career.

Posted by Steve Wickham at 8:32 PM No comments: 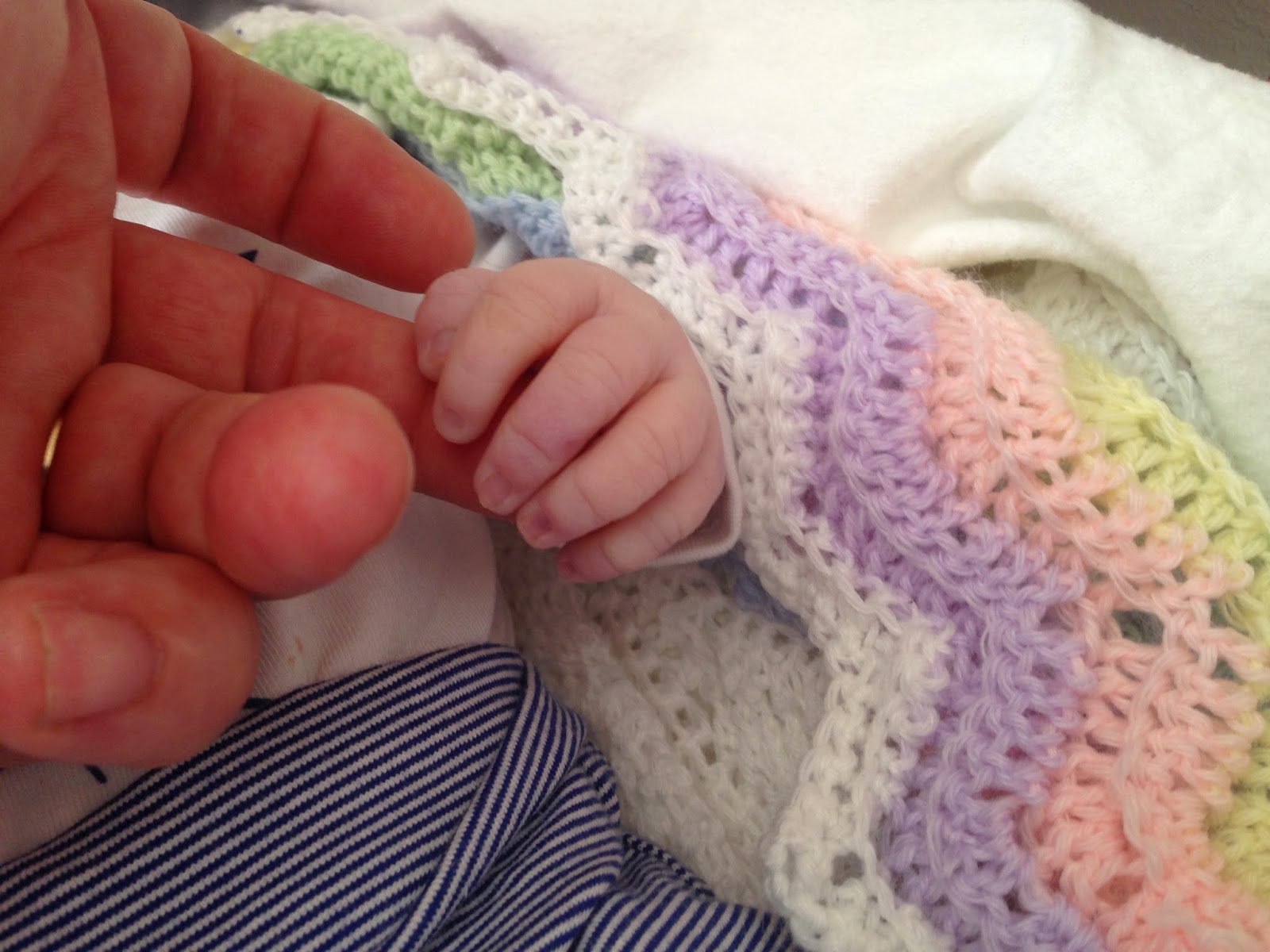 Our grief is ours. Yours is yours. Importantly, all grief – whilst it’s characterised in us all as a very human expression of love having lost – is unique, both via the circumstances of loss and our perception of it.
I mention this as a caveat.
It is hard for me to communicate just how we feel, because life is very much both normal, yet forever changed and enhanced by the memory of our Nathanael Marcus. At our son’s funeral our seminary principal spoke on the fact that “Nathanael will not come to you, you will go to him.” And that’s simply our hope. It’s as simple and academic as that.
Still, it is hard to conjure why our journey through grief is so blessed. There are the prayers of the saints. Our faith is tested in this and found resilient within the tail of the storm. The head of the storm was, of course, the four month journey where we knew Nathanael’s life hung by a thread. Our engaging with our grief is another factor; denial has not ever been part of our strategy.
We have access to joy in our sorrow; peace in our torment; hope in our despair.
Our days have been either restful or productive. Life issues have been as heavy as normal in some ways, yet there has been ample time to spend with our 20-month-old son. The four weeks have run slowly but we have no cause for complaint. There have been many good things packed into such a time, but at God’s pace and not our own. We bear the complexity of life and capitalise on its simplicity.
***
We have found that, despite people’s respectful vocal consideration, life has gotten almost back to normal very quickly. This is why getting away last week and going away this week again helps. But we would not have responded to others’ needs if we were unable to.
We were intrigued to learn how we might deal with the loss of Nathanael. We are incredibly comforted that our loss is both real and surreal. Yet even in its surrealness we know God is with us everywhere we go; that all our comfort comes from him.
Somehow we have been blessed to live this season in a real way, in real time, without anything of the disabling nature of sorrow. We are incredibly grateful.
Our hope: we will go to him.
© 2014 S. J. Wickham.

Posted by Steve Wickham at 9:51 PM No comments: 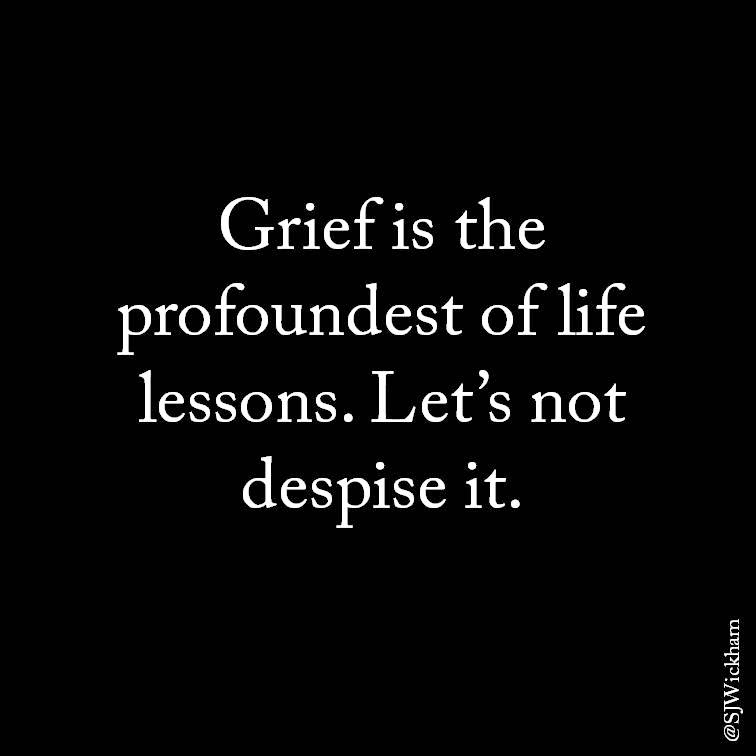 There’s always the moment lurking,
Threatening to break on through,
That moment of the heart’s grief,
That moment all too true!
The grieving moment arrives,
Without warning it always comes,
Even in the midst of joy,
Suddenly it bemusingly numbs.
God counsels, “Go ever so gently,”
At such an anguished time,
When meaning is cruelly rich,
And out of it
We want to climb.
Now endure this pain,
If at all you can,
For you may soon find
That this very pain,
Is the making
Of a new woman or man.
Grief isn’t always a constant sadness. Often it’s moments that take us by storm; that threaten to derail our day in anxiety or depression. It may be ten in the morning and all is well, when suddenly a flicker of memory breaks over the horizon of consciousness; a panic attack ensues, or a grievous loneliness, or an irreconcilable anger which tries ever so fervently to cover up for the irrepressible sadness we may have no answer for.
***
Grief is so often something that creeps up on us unsuspectingly. We acknowledge that; those of us who have lived its reality recently. But we can ask ourselves, is there any good purpose in being caught unawares so routinely? At the time it can seem a cruel waste of time. But, I believe there is a very sound purpose, even a divine role, in being subjected to something so estranged to control, routinely. We learn to rely less on our own resources and more on what only God can supply.
Enduring the grieving moment – the sting that springs up surreptitiously – is made easier when we reflect on the hope that the more moments of grief we endure, the more resilient we become, because we learn time and again that ‘this, too, shall pass’. We find that we can get through each one, though it doesn’t make the pain any less an issue. But we do find that strength is waged in God’s faithfulness, and none of us knows just how faithful God is until we see how he responds when we rely on him routinely enough.
***
We can trust grief. It is a transforming thing; a process of renewal is under way. But we need faith to endure moments of pain that come without warning. If we endure the moment, negotiating it, finding we can do it, enduring the moment becomes easier.
Grief is the profoundest of life lessons. Let’s not despise it.
***
When we endure the grieving moment later moments of grief are easier endured.
© 2014 S. J. Wickham.

Posted by Steve Wickham at 8:02 PM No comments:

Steve Wickham
I hold several roles: among mine are husband, father, peacemaker championing peacemaking for children and adults, conflict coach and mediator, church pastor, counsellor, funeral celebrant, chaplain, mentor, and Board Secretary. I hold Degrees in Science, Divinity (2), and Counselling. I am also a Christian minister serving CyberSpace i.e. here.