TRIBEWORK is about consuming the process of life, the journey, together.

When romance turns out to be woemance 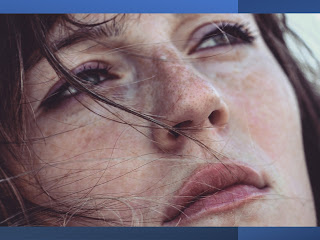 Red flags are the order of the day in retrospect as we look back on relationships that “didn’t work out”.  Like the management team I was part of in the early 2000s, when it came to a certain manager commenting on new staff who suddenly were no more, “oh such-and-such didn’t work out.”  I knew, and I think everybody else knew at the time, what was really happening.  I’m not saying that this manager was toxic, but it always seemed strange to me the regularity of that comment, “oh such-and-such didn’t work out.”  Like, “we agreed we weren’t good for each other.”  I always wondered what the truth was.

So many relationships, and it doesn’t matter whether they are romantic or business relationships, or friendships for that matter, start out in a whirlwind of romance.  One makes overtures to the other, and these overtures are returned.  It’s all glitz and glamour.  There can be much excitement, expectation, exhilaration, and the extolling of virtues... and then somehow, sometimes, without much warning, something sours in the relationship, and the relationship status suddenly changes.  All goes quiet at times.  One person is “no more.”

Moments of realisation like this always have us exclaiming, “WOAH” because they are so devastating.  The hopes we had that a particular person would measure up can never be realised by us alone.

Such a moment is always a significant woe.  But the moments after that that might endure for months if not years are woes in their own right.  The initial woe was merely the tip of the iceberg.

“Woe” is defined as “great sorrow or distress” and it’s often expressed hyperbolically.  The saddest thing about woemance is how much great sorrow and distress is heaped on the one who must bear the burden of the woe, and if anything what’s felt in the initial “woah!” is an understatement of what will transpire rather than an exaggeration.

The more the romance shone bright – the more brilliant the leader, the partner, the friend seemed – the more the woemance period will hurt.  Suddenly, as the person is revealed in the truthful light of day, that truth beams into all the darker corners that weren’t previously seen, and it’s painful.

The encouragement in enduring such a woeful turn of events is there is the gift of discernment imparted.  We become aware for future of the red flags that blindsided us.

Posted by Steve Wickham at 5:52 PM

Steve Wickham
I am a husband, father, grandfather, church pastor, counsellor, funeral celebrant, chaplain. I hold four degrees in Science, Divinity (2), and Counselling. I'm also co-author with my wife Sarah of: Shining Gift of God: A Memoir of the Life of Nathanael Marcus... https://www.amazon.com.au/Shining-Gift-God-Memoir-Nathanael-ebook/dp/B08BZ861BH